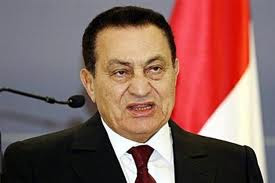 President Mubarak and I have at least one thing in common…both our names literally means “the blessed one”.
I am probably more blessed than him right now…
Things have changed rapidly in North Africa the last couple of weeks. BBC journalists compares it with the changes in Eastern Europe 1989…I do not agree.
We all wonder what the changes will lead to…
Muslim Brotherhood, which is the only well organized alternative in Egypt will definitely not turn the nation to freedom. Their ultimate goal is Sharia laws and Theocracy….back to the dark ages and the standards of Iran…no wonder the president of Iran openly commanded Mubarak not to intervene in to the protests…just a few days after Iran had one of their “protesters” hanged for his crime…of demanding freedom in Iran….
Lets pray and believe that freedom comes to the Middle East. A freedom from devilish religion and corrupt dictators.
Tomorrow early I leave for Clevedon/Somerset where I will preach 10:00 AM at “Living Water”.
It will be great to meet our friends their.