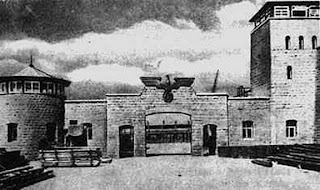 I came back last night from some intensive days in Germany. We had good meetings and saw God touch a lot of people. Friday night in Bielefeld I met a man from Vienna. He came to our meeting and enjoyed it very much. He told me some of his life story. When he was 14 yrs old his uncle gathered him and his siblings and said that he wanted to tell them a secret from his life.
His uncle is a jew and was a prisoner at Mauthausen concentration camp during the 2nd Worldwar for 6 month. His duty was to burn dead bodies of the jews that had been gassed to death, in the big owens in the camp. He told them that they burned 2000 bodies a day for 6 months. That is appr. 400 000 during 6 months….His uncle was a musician and the Nazis kept him alive so that after the days work at the owen he could entertain them during their dinner….
I was reminded once more about the atrocities that took place in Germany 60-70 years ago.
How could that happen?
I am determined to fight against antisemitism as long as I live. I intend to bless Israel,bless the Jewish people as much as I can.
Today again there are forces in Europe that are gathering against the Jews. In every mosque around Europe anti jewish words are being quoted from the Quran. A generation of young muslims learn to hate the jewish people and the state of Israel.
We can make something different!

Today I am packing my things again. Now I will go for a run.