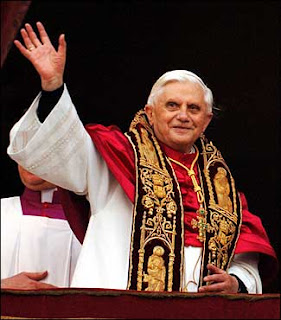 The Catholic Church is experiencing a tough time right now with all the pedophile scandals in nation after nation. Today it was revealed that the Pope himself have been involved in the demonic behaviour of protecting the perverts that have commited atrocities against children.and young adults.that time in US..in the 80:s before he was choosen to be the head of the Catholic Church. Last time I was in Rome I met a former Vatican employee

that quitted work there because of the terrible things he saw take place among “gods servants”.
He told me things that I do not even want to mention in my blog.
Dead religion and unclean living very often walks hand in hand…a pastor friend in Sweden said some years ago. ..and of course celibacy…propably is not making things easier for the priests and cardinals..
Maybe it would be better for the majority of the priest/cardinals/pope to follow the example of Luther and marry a nun…..
Well lets pray for every Church that God will deliver us from Pedophiles and other perverts.