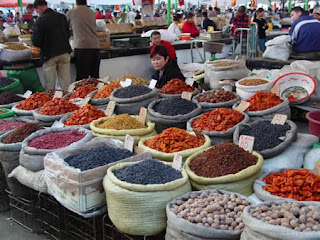 I heard about the problem in Bishkek the capital of Kyrgyztan. Lets hope that not more blood will be shed in that conflict. I visited Bishkek earlier named Frunze already in the end of the eighties. I was invited to have a day campaign in the National Theatre. It was a very turbulent meeting I remember and not everyone appreciated us coming. We still saw a good number of people saved and healed. Kyrgyztan was still a part of the USSR at that time and already than there was a tension between the russians and the kyrgyz people. In the end of the 90:s I was again involved in ministry in Kyrgyztan. I led the missionwork for Word of life and one of my responsabilities was Central Asia. I remember how God supernaturally led me to Osh and in to the office of a minister that later became Prime minister and that helped us in various ways to bless the nation with the gospel. It was a special time. I also ministered in Bishkek at that time.
I love the Kyrgyz people. They have a soft and open heart. We saw many people saved and healed also during those years. One girl got healed in one of our meetings and her grand father was a former mayor in town Murgab located in Pamir.(a restricted mountain region) Pamir was at that time a totally un reached region for the gospel. Her grandfather send me a special invitation to come and talk about the God that healed his grand daughter. It was an awesome time. We travelled up in to the Pamir region with an old russian jeep. Up to 5000 m above sea level…I preached in Murgab and many recieved Jesus and later we sent a few missionairies there to establish church…many memories that are linked with Kyrgyztan….
I will go back again soon….