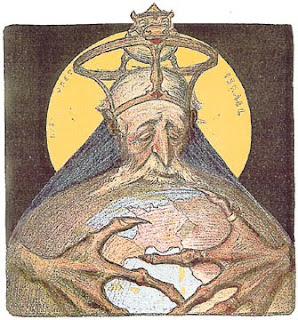 Benedictus…the Pope are having serious plans to make Pius XII a saint. The Catholic church have strong believes in Saints and by making someone a saint the Catholic Church are saying that that particular person is a good example in christian life. Israel are disgusted by the thought of making Pius XII a saint. He was pope during the 2nd World War and during Holocaust…
He was the Pope that said nothing after 1938 Cristall nacht….or when he recieved regular reports about the death camps. He was quite until the end of the war. The Catolic Church have been promoting antisemitism in the past and even if there have been changes in their attitudes…they no longer promote replacement theology…they still have a lot of things to do regarding the atrocities against the jews over the past centuries. To make Pius XII a saint is not a step in the right direction. Shape up Benedictus!!!
By the way…it is good to remind ourselves that no man is infallible…every man is imperfect…even the Pope. The Catholic Church might claim he is…but the Word of God is very clear about this.
Ok,
Otherwise life is great. I have my family here and we enjoy being together. It is a needed after a very busy year.